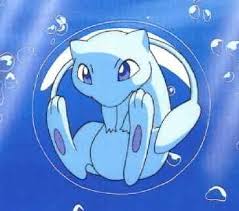 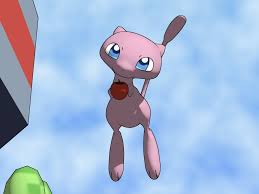 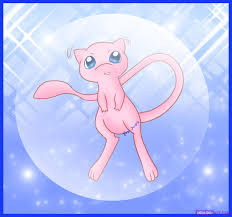 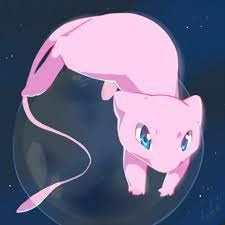 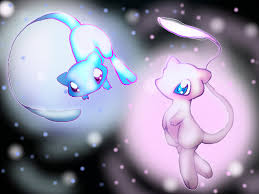 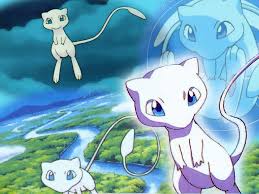 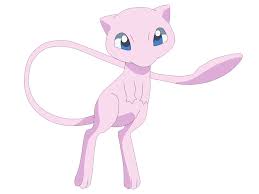 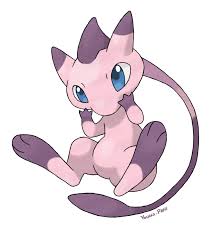 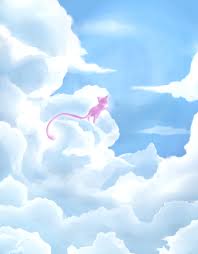 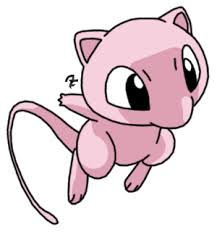 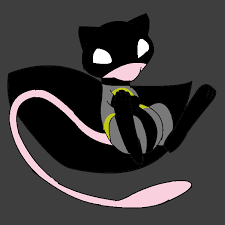 ok couldn’t help myself there 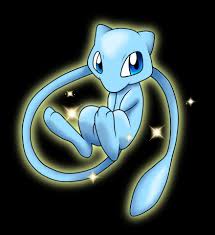 The only reason I did this is for CUTENESS OVERLOAD 😀 not really. I did this because Mew is my favorite pokemon and if you agree with me say BATMEW!

Hey guys we are going to do an essay and by that I mean I made an essay. As usual you’re probably wondering “What does an essay  have to do with a new laptop?” Well, first through third and fourth through sixth etc., etc. Well what I’m trying to say is that the winner gets to have a free laptop so say goodbye to my old laptop. HI-YA! 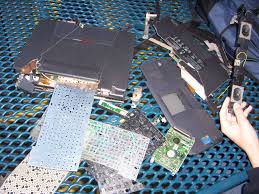 Okay fine I didn’t chop it so don’t get excited….. (Sorry)

Fun Fact: My computer looks just like this only a lot filthier and by that I mean A LOT! This doesn’t mean I will win though, I wouldn’t be surprised if someone else like Trystan or Owen or Jacob (Again, check out his blog) Or Seth or Will or basically anyone other than me but I’m not bringing my hopes down! Well anyway I guess I should wrap this up so STEELIX USE WRAP! Steelix used wrap! It’s super effective! Critical Hit! Charizard flinched! Charizard fainted! Gary: Grrrrrr… I don’t like this. Gary paid the winner 9304

Don’t you think teenagers should be allowed to drive when they are fourteen? I sure do. The government should give them a chance to prove them worthy of driving under the age of 16. If you agree with me please keep reading this.

Many kids will or have baby brothers or sisters that will eventually go to school. Don’t you think your mom and dad already spent more than one hundred dollars on you by buying you toys, video games, food and drinks, and gas? That is really expensive. Why not drive you and your baby brother or sister or just drive yourself to school, then your parents aren’t spending money and if you don’t go crazy then you won’t have to refill your gas for a while. What, don’t trust teenagers because they will text while driving? That is why Siri was invented kids!

Most likely teenagers would become more responsible don’t you think? I do, they would probably remember to wash the car when it is filthy or they can drive to work if they have a hobby. They should be taught what to do and how to keep your car from breaking down in the middle of the road. A lot of teenagers want to be Independent and want to run errands for themselves but they could also help friends or family!

Teenagers should prove that they can handle the responsibility of driving. It won’t be like “Here you just became fourteen so here is your license!” (Person who just got their license) “Wow, why is the town chasing me, I just crashed into fifty-eight buildings that’s all.” Like I said, they should prove themselves worthy of the great responsibility of driving safely.

BOOM! CRASH! BEEP BEEP! I think this was a bad idea. Well, how about they lower it to fifteen or less but I’ll let the government decide.

Hey guys I recently got pixelmon! WOOOOO PARTY YAYYYYYYY. So let me tell you what I’m doing. First of all I have a full team that I won’t keep forever. Second Check out this blog http://jacobblog15.edublogs.org/ Third I love the mod! If you don’t know what pixelmon is I will tell you. Pixelmon is a mod that you can add to minecraft which you catch pokemon train them and become the best pokemon trainer there ever was as you travel your world catching or defeating pokemon trying to catch em’ all. This is one of the most famous mods in minecraft. There are many different types of pokemon in this mod such as Shinies, Boss pokemon, Trainers (NPC), Fossil pokemon and even Legendaries!

I just showed you a normal bulbasaur and a shiny bulbasaur.

I just showed you a Sheildon ready from the fossil machine. 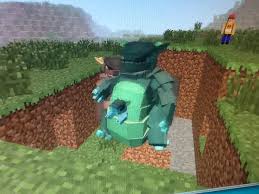 I just showed you a blue boss Kangaskhan.

I just showed you a legendary pixelmon also known as Groudon.

And these are the two fishermen (For now.)

There are many more NPC trainers and Legendaries and Shinies and fossil pokemon but I just showed you these because there are six-hundred and thirty-seven pixelmon in this mod for now but trust me. This is only Kanto, Johto, Hoenn and Sinnoh so far.

I hope you liked this and if you play minecraft with mods then no, this is not a mod review. BYE!!!!

Welcome to the Three most RAGEFUL GAMES to me. Let’s start with number three, FLAPPY BIRD. It is so rageful. I have a cousin whose high score is Thirty-two and The most famous Youtuber’s high score is eleven….. Not to mention people raged so much about it they deleted it from the app store. 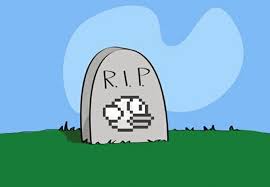 Coming in number two! Unfair mario! This game. This game. It can get obnoxious but I love to do well in it but I don’t do well. This should be Number one but it isn’t. (It’s so unfair D:) 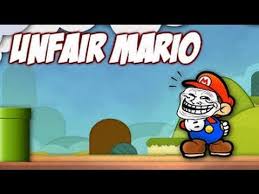 Coming in NUMBER ONE! Cat mario :3 <—- That is his face don’t believe me look at the picture. This game is not only nearly impossible but at the end there is a bigger cat mario that kills you….. The real ending is secret you get thrown by a robot in the last level and you walk across the ceiling and you died -3oo times or more or less for a cantaloupe. A cantaloupe. Must be one dang good cantaloupe. But really a cantaloupe? Or is it a grenade?

Hey guys this is totally the last (gbc) blog post I’m doing. YEAH IM AWESOME FOR ONCE! My goal with this blog was to 1. Go KOO KOO 2. Make everyone laugh 3. HI 4. Whatever. I’m sad like a puppy GBC is ending.

See? I had fun doing these extra blog posts from GBC. But there is one good thing I just found, just kidding. This series is over lawlz. Once I saw this video that this dog his body was a human but his head was a doggy eating human food. I didn’t laugh….. Or did I? NOPE. More Pray For Mady’s are coming same with Meet my little bro! I might make a new series of things but that has yet to come so yeah I think that is it for now cya! 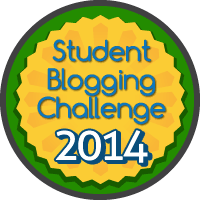 Hey guys I just got hit in the face with a ball by a fourth or fifth grader (Ouch!) so I went straight to the bathroom and in one sink there was blood. ABSOLUTELY EVERYWHERE!!!!!

I said it looked like a murder scene and I missed all my recess! My mom or dad should be here shortly. I went to the office to stop the bleeding (took at least ten minutes) and I was waiting for awhile…… while I’m typing this. (same day it was posted) Dang it hurt but it’s okay now. Even though there’s blood ON MY CLOTHES!

You’re probably wondering how it happened. well….. I was playing soccer and I guess someone got a corner kick so I helped with a wall and it hit someone’s foot which lead straight to my face.

THE END (Still a true story!)

Once there was a demon cat named Tinkerbell. (true story) She was adorable but she was literally a demon. We were looking for a house but we didn’t have one yet and we visited our cousins and they had a new kitty cat named Tinkerbell. Like I did with my step cousin Joe we played with the kittens and put them on our shoulders and head and she clawed me. D:

One time we stayed there for three days and my dad was allergic to the cats. (So was my mom but I never knew.) We had a cat named Ally who ran away and she was the last cat I’ll ever have until I move out. When we were at my cousin’s house we thought Tinkerbell ran away. That little devil was in a basket……. (what a “purrrrfect” hiding place). Once I had two cats named Fred and Bear, they were great. I loved them so much  I learned to crawl to them. (that is how you learn to crawl kids :D) I think  Bear died of sickness and Fred was old like his brother Bear and they died. (I think I wanna cry. D’:) Once there was a cat who liked to play hide N’ seek and wanted to hide in toilet paper and this is what happened. 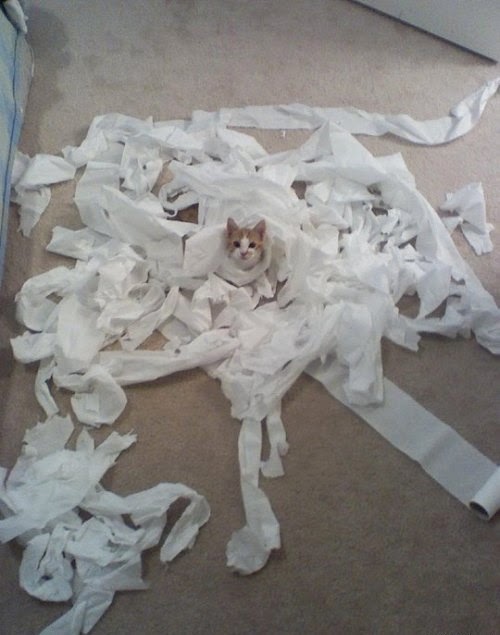 Famous quotes like,”A person is a person no matter how small” or “Everybody makes mistakes” you can probably tell I didn’t wanna do this that is where you are 50% right and 50% wrong. Personally I don’t have a favorite quote (don’t hate me) but well yeah. This is week 4 of the GBC (Global blogging challenge) quotes are inspirational things I think (I know absolutely nothing about quotes you can probably tell) but if I could choose one I couldn’t because well, ummmmmmm…… I NEED ALONE TIME! (ten minutes later) Ok i’m fine. Sorry that was well ummmmmm….. uhhhhhhh…. something of mine. I NEE- nope not happening again. (No promises :D) Ok I need time to research quotes. It’s 2:30 and I will see how long it takes. It’s 2:34 and I have made my decision! none. JUST KIDDING! I choose all Dr. Seuss he made many many books I love and I think his quotes are amazing and inspirational (even though I stand next to the tallest kids in class and i’m one of the smallest HA get it at…. the….. top……) (I should end this and shut my mouth for 5 hours) I guess this it for now (You hope ever) GOODBYE! I’m never leaving MUAHAHHAHAHAHHAHAH (ok I really am going to shut up for 5 hours) Oh wait I forgot (IT NEVER ENDS WHYYYYY!) I usually do a question at the end so ummmm…. NO ALONE TIME AHAHHAHAHHAHAHA isuck. The question is what is your favorite quote?

Did you like this? Did you annoy your parents like I terrorize them with my puns? Tell me if you did.

Welcome to your brand new blog!

This is a sidebar and can be changed in Widgets in your dashboard.

You can also modify number of sidebars in theme options!